So I’ve been drinking almond milk for about a month now, and I spend probably about $11 per week, so that’s about $44 per month on almond milk alone.

I soaked them for about eight hours in a ratio of 1 cup almonds: 4 cups filtered water (mine was recently boiled water), and then blended them. If you have a small Cuisinart like mine, it’s best to do this in small batches, and add more water than you think you need, otherwise the blender gets stuck and gives up on life.

You then need to pour the milk onto a sieve or tea towel (much messier but faster) and then drain the liquid from the almond meal. You can either let gravity do the work and just let the liquid drip into the bowl or you can wring the tea towel until there’s no more liquid.

You’ll be left with pulp, which you can throw into a baking tray and pop into the oven. I roasted mine for close to four to five hours because the first batch was very wet, but after you’re done you should have a flour-like consistency. I tried to put it back in the blender as one of the recipes proposed I do, but there was little to no movement so I just emptied it into a glass Tupperware instead.

I’ve got a mason jar full of milk and a tray filled with almond pulp, that I’m slowly roasting in an attempt to dehydrate it so it becomes almond flour. I did a second batch that yielded about 1 or so cup of milk. 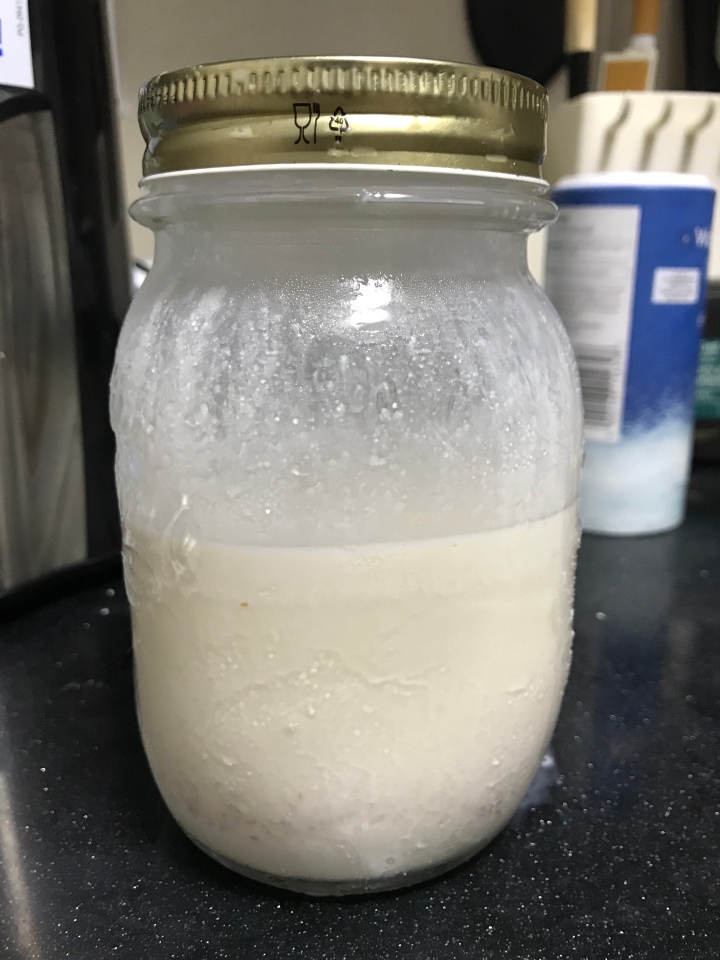 Here’s what the almond milk looks like after it’s done.

My thoughts: I don’t know how cost effective this is, because I usually spend $11 per week on almond milk and one small bag of almond flour costs about $11. The bag of almonds I got from the “bulk section” in Cold Storage cost $12.80, so perhaps that’s a savings of $9.20 or 42%. It only lasts me for like a couple of days, so it might work out to be more expensive. Further experimentation and calculations are needed for this to be a viable project.

One thought on “Making almond milk”